It was in 2009 that Tom left for France with a dream of racing across the oceans, a world little known of in Ireland, especially coming from a small farm in the Northeast of Ireland. From a young age Tom worked with cattle and sheep in the wind and the rain and the mud. Aged 9, on a small lake not far from his home, he first took to the water in a little wooden dinghy which he and his father had renovated. Unfortunately, as it remains quite an inaccessible sport in Ireland he left sailing behind and spent his teenage years in pursuit of a normal life, career and job. But in the back of his mind he always felt a yearning for the sea.

When he was 19 he was given the opportunity of becoming a volunteer with the Glenans Sailing School in Baltimore, Co. Cork, a French organization, based there since 1969. In exchange for their time and labour, it offered people the chance to learn about sailing and the sea. After volunteering with them for several months, he was offered a paid position and Tom bade farewell to the normal life of a landlubber! After a few years, he was offered the opportunity to train professionally at the largest Glenans base in Concarneau, in western Brittany.

He was now based in the Mecca of sailing and he began crewing and racing regularly. He learned the language and became fondly referred to as “the most Breton of the Irish”. In 2012 he got his first taste of the Mini Transat Class in a double handed race around the Fastnet rock and back. Despite finishing last he was hooked.

He set off to work for himself and began to make a living from all things sailing: deliveries, training, race boat preparation and recovery. He managed to notch up over 50 thousand miles including three Atlantic crossings. In 2014 a chance encounter with an old Glenans member gave him access to a Mini for his own use. He set out to compete in the infamous Mini Transat race in 2015

Despite arriving in 22nd place, Tom managed to finish as second rookie overall in the annual rankings and decided to persist with offshore racing. So in 2016 he came back with a blast and a new boat. The first race of 2016 resulted in him becoming the first Irish person to win a solo race in France, breaking years of local dominance. Podium after podium leads him to a 5th place in the 2017 Mini Transat, the best ever Irish result. Driven by Irish packagin giant, Smurfit Kappa, the time had come to move up to the big league, to race against the best skippers in the world, on one design boats in the most competitive offshore race in the world, The Solitaire du Figaro.

In 2020, his third season in the Figaro class, he made the breakthrough that he had been working towards for all these years finishing 5th overall in “la Solitaire”, just under 30 minutes from the podium after three weeks of intense racing. This amazing and un-precedented result by any Irish skipper secured him visctory of the VIVI Trophy for the first non French skipper, 6th place in the French Elite Offshore Racing Championship as well as the crown of Irish Sailor of the Year. 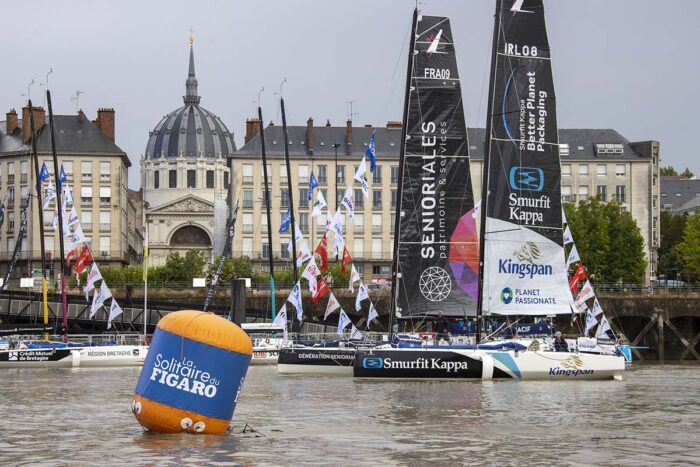 Who are the skippers of La Transat en Double Concarneau-St Barth ? 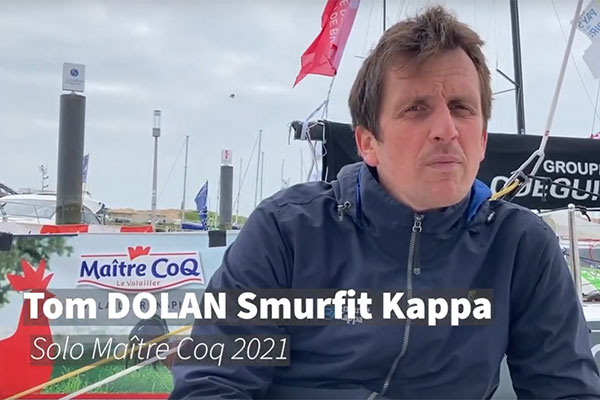 Tom Dolan is ready for the 2021 Season on Smurfit Kappa 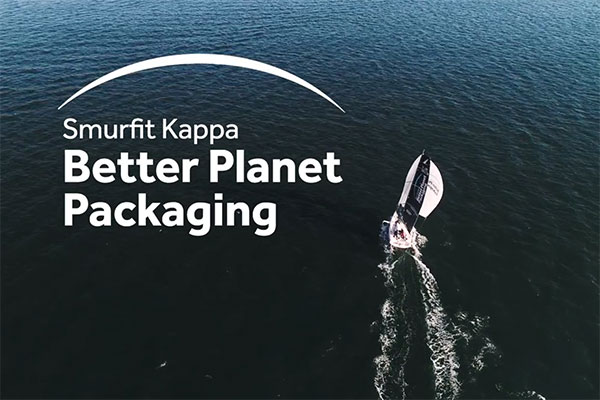 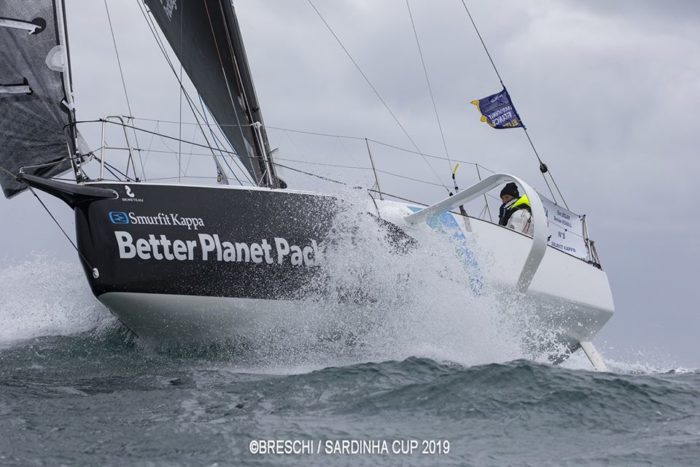 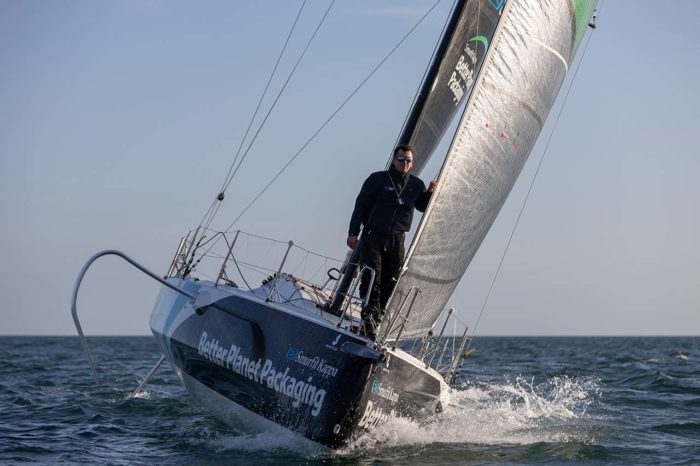 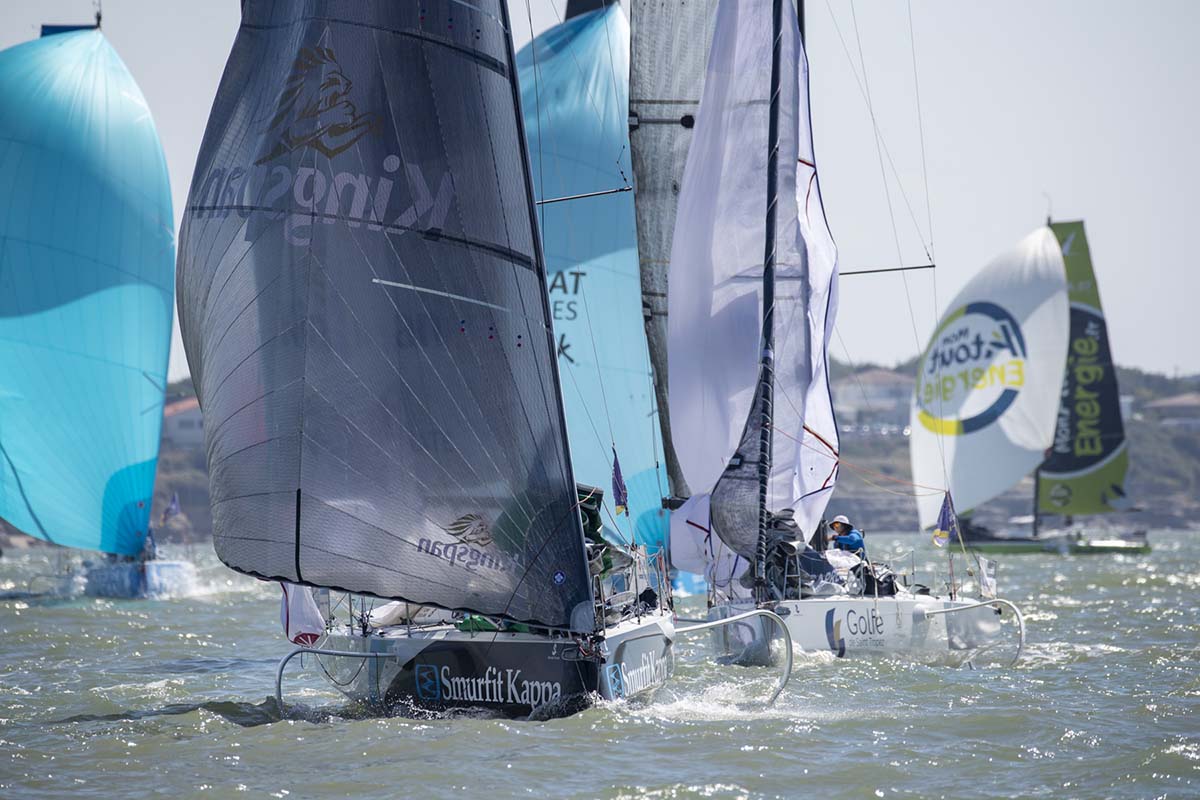 A full Irish breakfast cooked in the early morning by his partner seemed to do the trick for solo sailor Tom Dolan (Smurfit Kappa-Kingspan) as he made probably his most assured, confident start yet of his La Solitaire du Figaro career. The French based sailor was fourth to the first...... 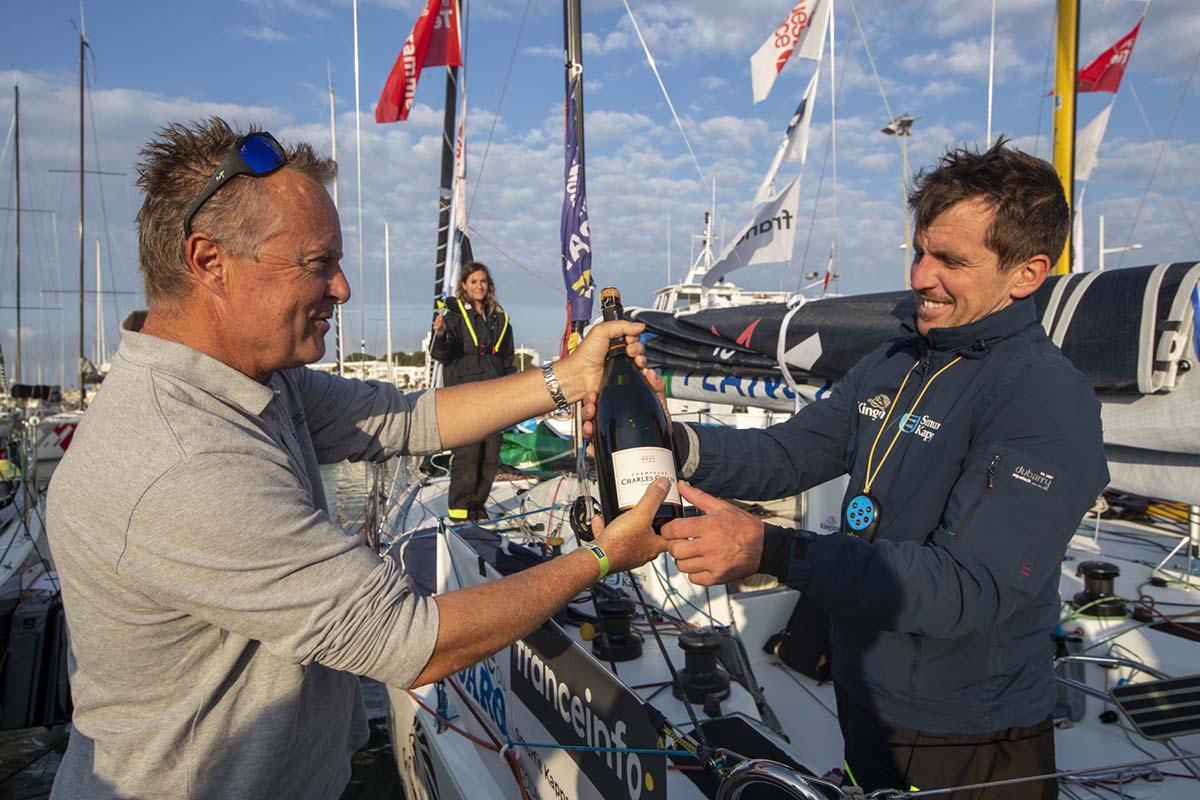 Irish solo sailor Tom Dolan improved on his 12th on Stage 1 when he crossed the finish line into Royan, France this morning in fifth place on the second stage of La Solitaire du Figaro. The skipper of Smurfit Kappa-Kingspan should move into the top five of the annual French solo......

Irish solo racer Tom Dolan remained in a positive, upbeat mood in the post race sunshine of Port La Foret, Brittany after finishing 14th on the first 559 miles stage of the 2022 La Solitaire du Figaro. Racing Smurfit Kappa-Kingspan, he sailed a very strong opening half of the race, lying......

With almost fifteen years industry experience under his belt and having worked his was up from zero, Tom is the ideal person to accompany you in your offshore racing projects. In 2015 he co-founded offshoresailing.fr in Concarneau. It was at the beginning a coaching centre for Mini 650 but quickly developed into aone stop shop for shorthanded offshore racing coaching & consultation services for those wishing to take the first steps into the world of ocean racing, whatever the boat. We have had clients from all over Europe, China, Japan, the United States and even Russia.

Which boat to buy? New or second hand? What to look out for? How do things work in France?

These are questions you may ask yourself and the industry can, like many, be a bit daunting to newcomers. Do not hesitate to contact us to benefit from Tom’s experience and his network to avoid making costly mistakes. 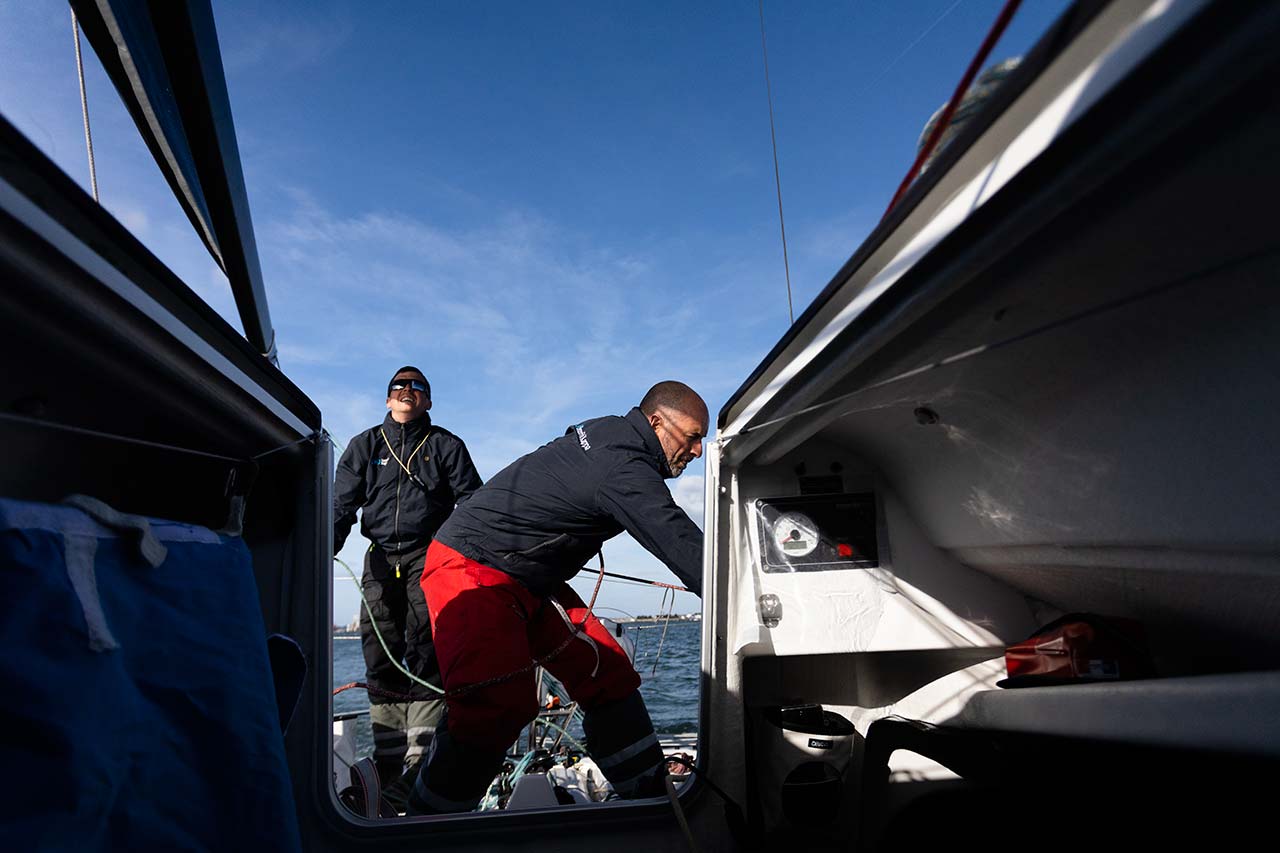 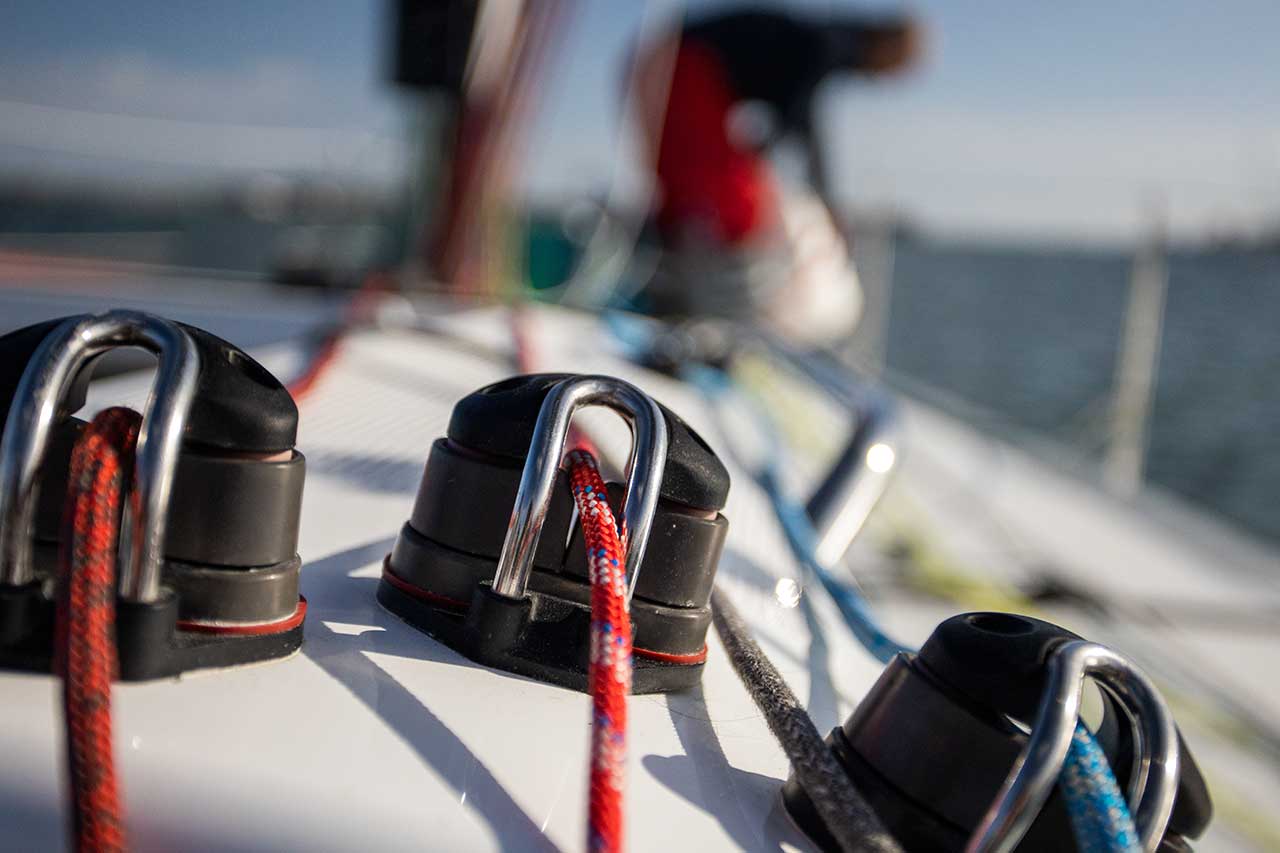 We can accompany you through the different steps:

Then we can head out onto the water for expertise coaching on sail and boat settings and manoeuvring.

Once ready we can take it further by moving onto racing with you either doublehanded or crewed.

Make sure and contact us to talk about how we can adjust a program and services to fit your needs!

Want to become a partner ?
Contact me by filling out this form.