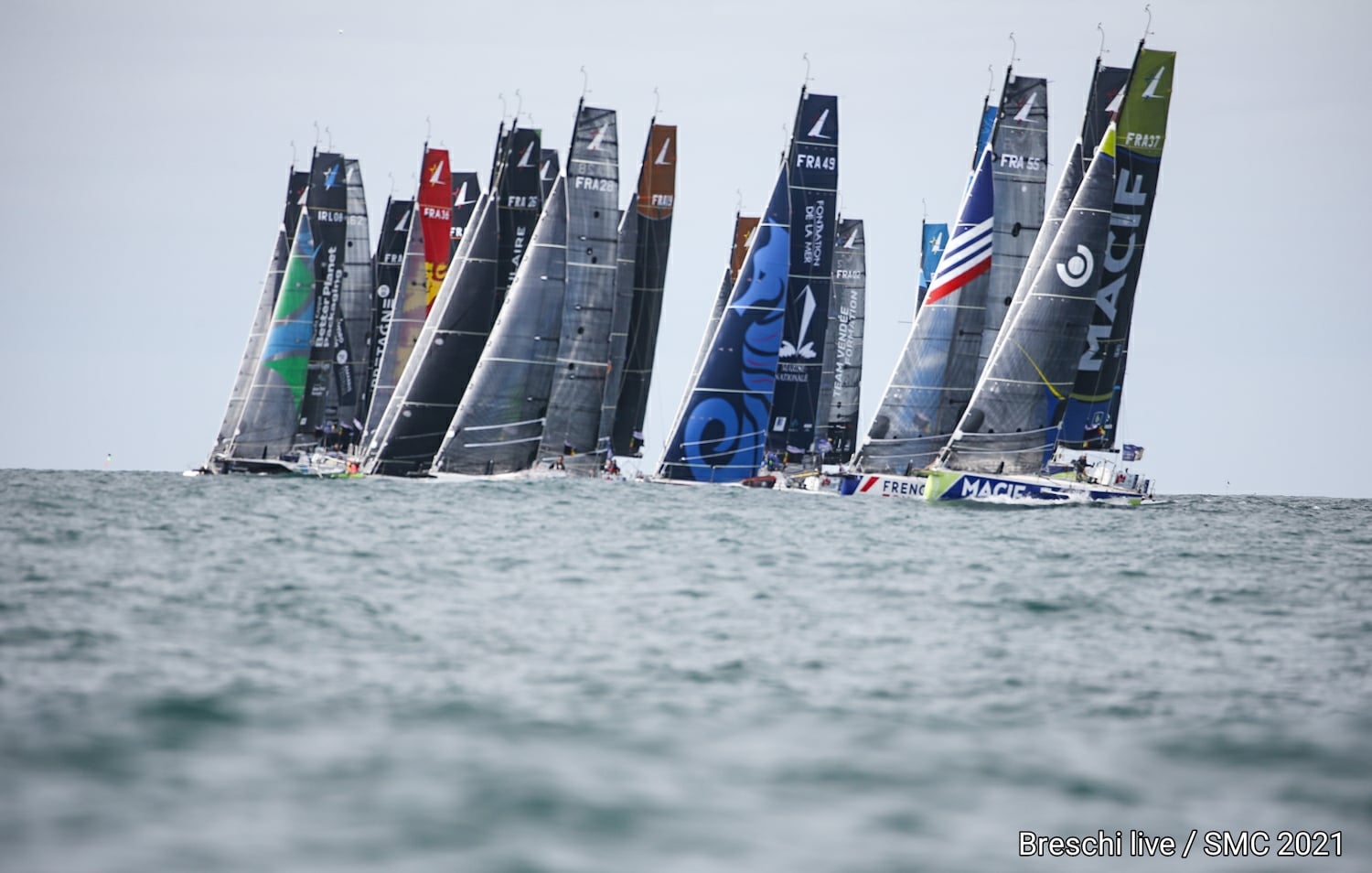 Posted at 08:48h in Uncategorized by ADcom
0 Likes
Share

The annual Solo Maître CoQ, the traditional curtain raiser for the Figaro season, has never gone very well for the Irish racer Tom Dolan but the skipper of Smurfit Kappa has this time made a strong start to the early season Vendée based race series and after the two inshore races lies in ninth place in the 29 strong fleet of Figaro Beneteau 3s.

“I’m pretty happy with these first two days of racing. Although it was complicated, the weather worked out as I thought it would and it was quite clear to me. I knew exactly what I wanted to do and it all happened pretty much as I had expected.” Said Tom Dolan today in Les Sables d’Olonne, “In the end I made the right sail choices at the right time went the right way and actually did some great manoeuvres which was gratifying after all the boat-for-boat training we did recently.”

And while he was pleased with the first race’s opening seventh place, he was nearly as happy to have kept his head on the second race and recovered after a bad start.

“ I had a catastrophic start and that put my mental game to the sword but I managed to stay calm and follow my initial game plan without blowing up, ” explains the skipper of Smurfit Kappa. “Coming away with the 13th in the end was not too bad.”

Taking full advantage of the lay day to prep and rest before the first long race of the season, Dolan previews the course:
“It’s going to be full on and complex. On the first section it might be a bit swings and roundabouts with light winds and currents. By the Birvideaux light (at the Bay of Quiberon) it should be a bit tougher with strong wind and seas before becoming again very random near the end of the course depending on how the timings are. I think the elastic band will extend and compress a whole bunch of times. So you have to be right on it, in the group from the start to finish, and with your eyes open and not miss a thing, especially over the first few miles on the Ile de Ré side. The positive thing is that this range of conditions and course will allow us to validate a whole lot of things, ” concludes the Irish sailor who is pitching to finish in the Top 10 of the offshore which has a coefficient of 3 towards the overall standings.