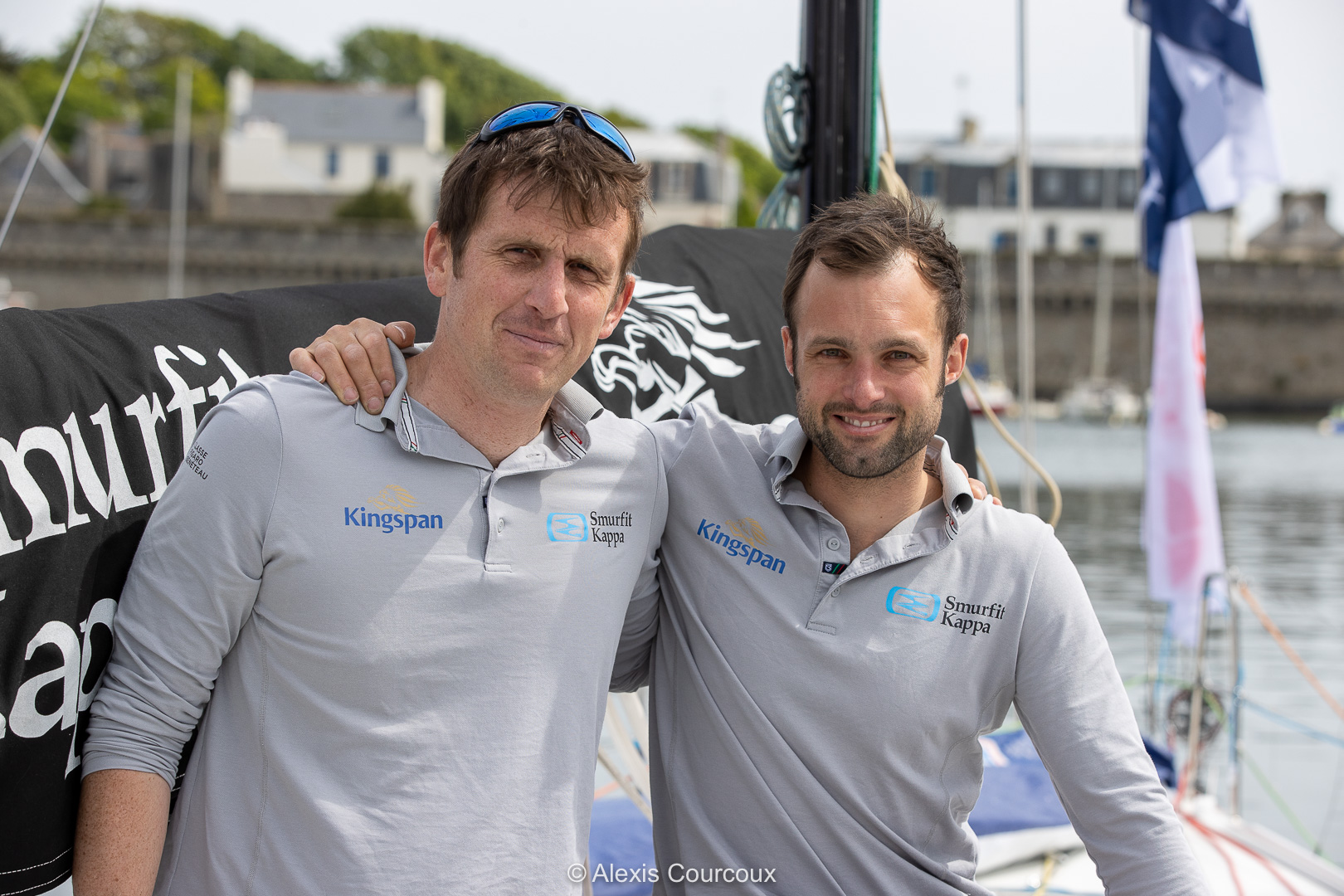 Posted at 19:01h in Uncategorized by Chiara
0 Likes
Share

The race starts Sunday at 1330hrs (local time) from Dolan’s adopted Breton home port of Concarneau and looks set to take the 13 competing duos round the north coast of Brittany between the îles Chausey in the north and the îles d’Aix in the south on what will be the longest race of the 2022 season.

Light winds are expected to prevail throughout the passage which is expected to take around four days. Although the entry is relatively low for this new event it has attracted a very high standard including three times La Solitaire winner Yann Eliès who sails with young French skipper Basil Bourgnon and past La Solitaire winner Pascal Bidégorry sailing with Gaston Morvan. The only other non-French pairing are German Vendée Globe skipper Boris Herrmann sailing with English racer Will Harris.

“The thing about this race is that of the 13 entries at least half of them have a good chance of winning. It is a good standard and a chance to stretch our legs and put in some miles racing at a higher intensity because there are two of us on board.” Explains Dolan.

The Irish-Anglo duo will race on Dolan’s Smurfit Kappa-Kingspan and the Irish sailor feels they have a strong partnership:

“I have known Alan for many years and we get on great. I even worked for him as a preparateur before I started in the Figaro. We have the same kind of profile and backstory – both coming to France and living here to crack the offshore solo scene – and so it will be good to team up and see how we do. Plus for me it is a nice wee bonus to be starting out of Concarneau where I live!”

The duo have complementary backgrounds. Roberts is a past British dinghy champion who cut his teeth in high performance dinghies before turning to solo offshore racing whilst Dolan started out as an offshore sailing instructor who moved directly to the Mini 650 class. Roberts is very much on form, winning the final race of last weekend’s Solo Maître Coq to take third overall. Dolan tore his spinnaker on the long offshore race and ended up 19th.

“I am still a bit frustrated after last weekend so I am looking forwards to being back out on the water and going again. Alan had a good race so hopefully here we can do something good. He is stronger on the starts and is one of the best in the boat for boat stuff and so he will steer early on whilst I will trim and make the boat go fast as I know the sails and settings as it is my boat which I know well.” Dolan said.

“ I think when we get up to the north of Brittany in these light winds where we will be rock hopping to avoid the tidal currents then we need to be really lucid and strong then and so we will try to be quite disciplined in looking after each other and not getting too tired too early.” Sums up the Smurfit Kappa-Kingspan sailor.