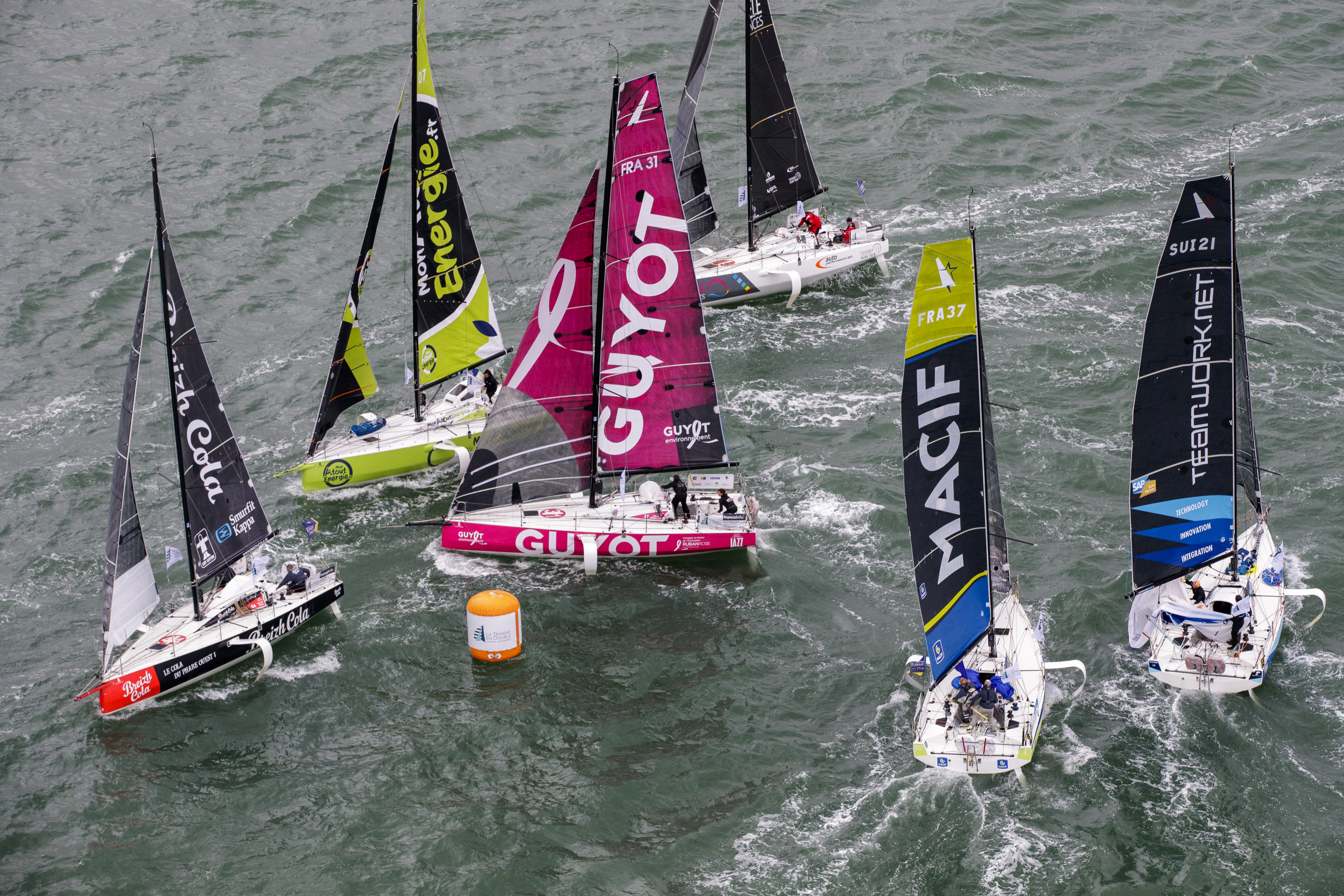 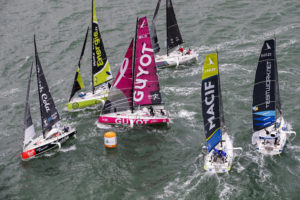 Irish sailor Tom Dolan is among the 18 duos breathing a collective sigh of relief today in Concarneau, France after Sunday’s start of the Transat en Double race to Saint Barthélemy has been postponed because of severe weather forecasted for the Bay of Biscay during the first part of the coming week.

Winds were expected to be over 50 knots off the notorious Cape Finisterre on the northwest corner of Spain, accompanied by big, five metre confused seas.

Race director Francis Le Goff has chosen to be extra prudent as this is the first Transatlantic race yet for the 10.85m semi foiling Beneteau Figaro 3. On top of that there are three low pressure systems rolling in one after the other.

“The saying in this part of France is L’orage sur mer, trente jours à terre which literally means ‘storms at sea 30 days on land’ but it is really when there are this type of storms at sea, with the lows coming up from the south and the Iberian peninsula, they tend to follow one after the other.” the Smurfit Kappa backed sailor explains.

“Right now we just have to chill out, keep following the evolution of the weather and keep super rested. I don’t think we will be going anywhere before the middle of the week  as it looks at the moment.” Dolan adds, “And I am in the very lucky position of having this race starting from my home port and so I can wait things out in the comfort of my own home.”