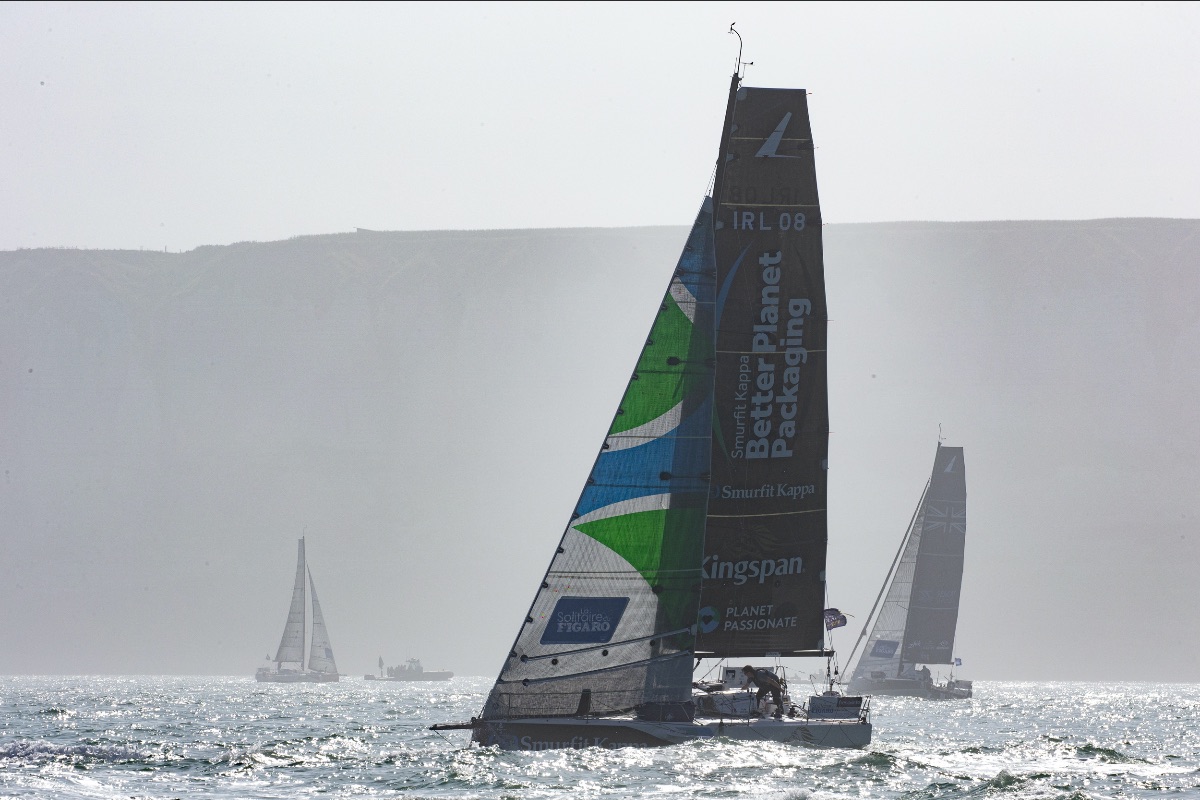 Posted at 22:59h in Uncategorized by Chiara
0 Likes
Share

Ireland’s solo offshore racer Tom Dolan set out from Fécamp on the north coast of France at midday today ready to take on the 620 miles Leg 3 of La Solitaire du Figaro. After two tough stages which both featured long periods battling upwind in brisk winds, Leg 3 looks set to be a complicated, light winds stage with the breeze rarely topping 20 knots but mostly downwind and reaching and many, many transitions and potential options to make up lost time.

Dolan lies 17th in the 34 boat fleet with a deficit of 5hrs 34 minutes on the leader Pierre Quiroga of France, but the Irish skipper of Smurfit Kappa-Kingspan has rested well on the four day long stopover in Fécamp, making sure he was well prepared and fully briefed for the leg which takes the fleet across the Channel to a buoy off Chichester – east of the Isle of Wight – where the leaders should reach around midnight tonight.
Then there is a strategic choice to be made during Monday morning whether to go south of the Casquettes traffic separation zone which excludes small craft from the busy shipping lane north of the Channel Island and south of Brixham.
But this stage will be mainly raced in light winds on tidal currents which are now getting stronger each day. The race goes to Saint Gowan shoals off the south west tip Wales and finishes into Roscoff on Morlaix Bay. The weather situation becomes quite dynamic through the last 24 hours of the race with a small, not very active low pressure passing over the fleet. This will likely allow the fleet to compact again close to the finish, which may be one of the many opportunities for Dolan to claw back some time.
“It looks like it will be light winds.” Commented the Irish skipper who was tenth of the first leg, “ It looks like there will be a split in the fleet at the Casquettes but it was changing all the time on the files this morning. The strategy will be to get south if possible in the Channel. Off the start line you need to be anticipating where the tide will be at the first mark and not get stuck there. When the wind and tide are going the same way there is in effect less wind and so you have to avoid that.”