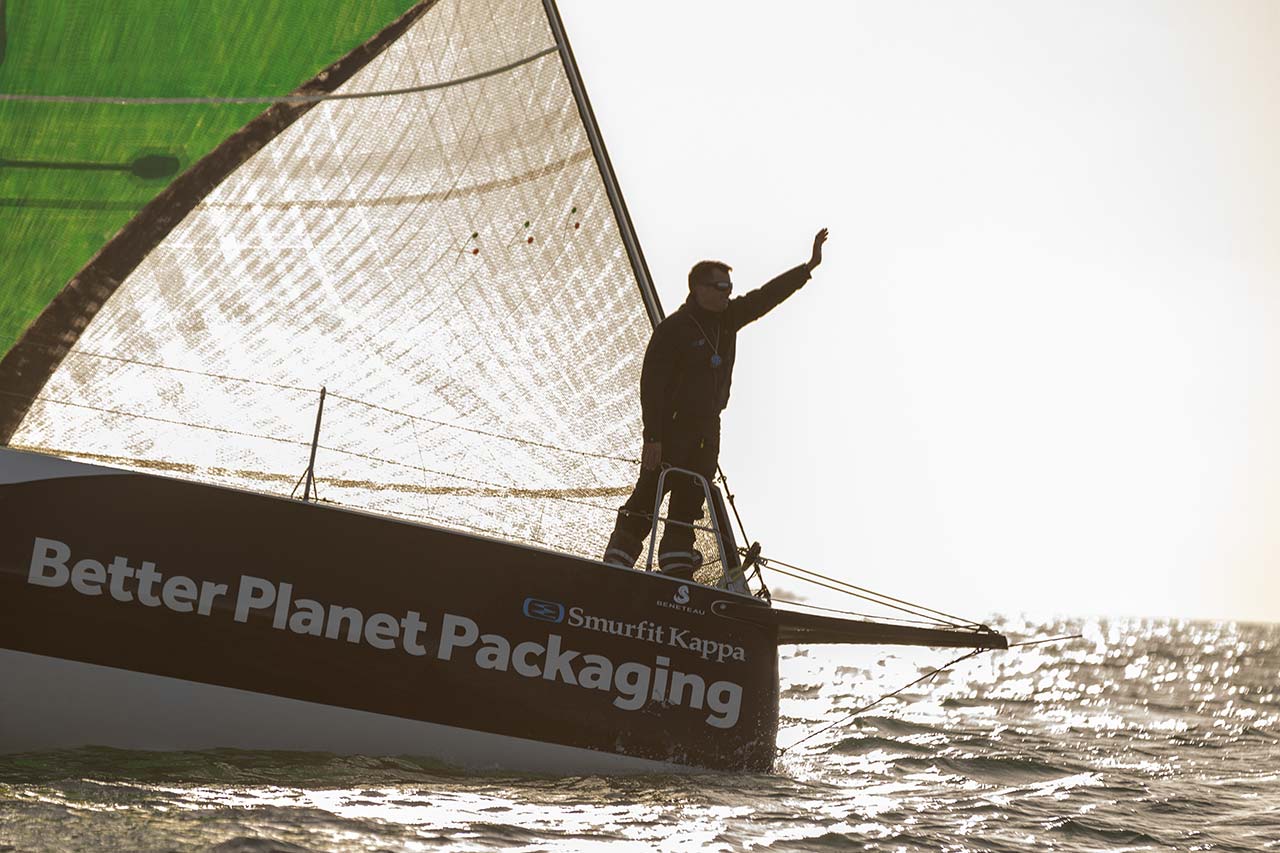 Posted at 08:53h in Uncategorized by ADcom
0 Likes
Share

Ireland’s leading solo offshore racer Tom Dolan was recognised for his exceptional 2020 season, during which he finished in an unprecedented fifth place in La Solitaire du Figaro, when he was named Irish Sailor of the Year. The award is presented by Irish Sailing in association with Afloat magazine and recognises not just his La Solitaire success but his sixth place overall in the French Elite Offshore Racing Championship. Known in France, where he is based, as L’Irlandais Volant (the flying Irishman), County Meath’s Dolan is delighted with the recognition and admits it comes at the time when he is looking to ensure he prepares for 2021 in the best possible way to ensure that this season can be even better. The 2021 season should include three double handed races – including the first double handed race across the Atlantic in the Beneteau Figaro 3– and three solo races including each year’s pinnacle solo event, September’s La Solitaire du Figaro.

After his consistent 2020 Dolan has every reason to be confident for 2021 but the skipper of Smurfit Kappa is keeping very cool and not getting ahead of himself, well aware how hard it is to return a regular string of results on the Figaro Bénéteau circuit, when the level of competition so high and so evenly matched in the strict one design class. And so it is a very determined but low-key, humble Dolan who put his Figaro 3 Smurfit Kappa back into the water last Thursday ready to begin his first training sessions from Lorient, ahead of his first races, next month from Les Sables d’Olonne with the Solo Maître CoQ. After a very focused autumn, increasing the intensity of the two-boat training and testing sessions with the very experienced Gildas Mahé, Tom Dolan has seen design improvements to the boat’s sail inventory made along with with the specialists from the Technique Voile team led by Frédéric Duthil. He took a short winter break before starting back to boatwork on his Figaro Bénéteau 3, “I did a lot of work on the keel which was slightly damaged at the very start of last year’s season. I also carried out a complete check-up of the boat and then I did some work on the watertightness of the deck fittings, particularly in view of the double-handed Transat between Concarneau and Saint Barths scheduled for next May. I even went so far as to polish my mast, which is really looking for the small gains but for sure – up top – mentally it all helps you feel like you are attending to the little details.”

“My first training sessions are scheduled next week and will mainly be two-up as the 2021 calendar includes three double-handed events: the Transat between Concarneau and Saint-Barth (from May 9 to 28) but also the Tour de Bretagne (from July 3 to 11) and the Rolex Fastnet Race (from August 8 to 14), which I hope to take part in with a female crew looking ahead to selection for the Paris 2024 Olympic Games,” explains Tom, who is stepping up his challenge to represent Ireland on the Olympic stage. The Solitaire du Figaro is Dolan’s main objective this year. “The Solo Maître CoQ (from 22nd to 28th March) then the Solo Guy Cotten (from 20th to 28th July) will be two interesting races for me as good preparation for the season’s high point which is La Solitaire running from 24th August to 27th September. The programme promises to be good but busy all the way through the coming months. “It will be important that I pace myself perfectly, especially because the Transatlantic will inevitably take a lot out of us. And you need to have energy and focus all the way through the season as I experienced in 2018 when I did the AG2R – as it was then -in the Figaro 2.” With three more years of experience and a certain level of confidence underpinning his approach to 2021, Dolan says he definitely feels better equipped to manage himself and his programme to ensure he arrives at the start of La Solitaire in peak form. “After my fifth place last year obviously the target is always to do better. But I am realistic enough to know that will be even harder to achieve. And so the goal is to get right back into the mindset, to recover that mode and drive on from there, seeking to further highlight his reputation as an established, consistent sailor on the circuit. And if, by any chance, an opportunity presented itself to compete on the Transat Jacques Vabre in November in another class then Dolan would love to explore any options that come his way, always looking to make progress.