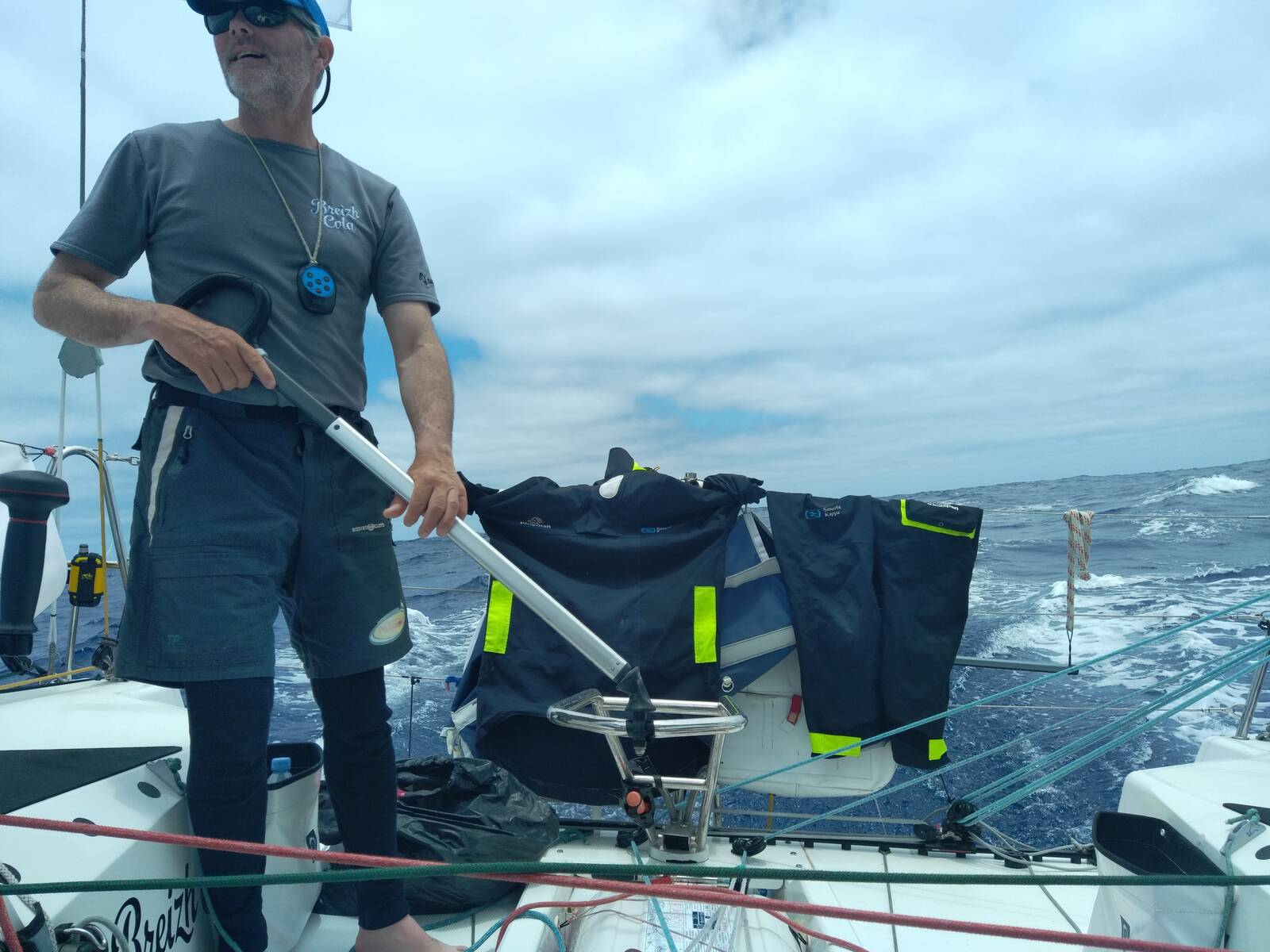 Ireland’s Tom Dolan, racing with the French co-skipper Gildas Mahé on Breizh Cola, lies in fourth place on the Transat en Double Concarneau Saint Barthélemy as the fleet heads west across the Atlantic after passing the Canary Islands rounding mark in fifth early on Monday morning. Mahe and Dolan are less than two miles behind the leaders Alexis Loison and Guillaume Pirouelle. Racing at around 11 knots of boatspeed in a moderated NE’ly tradewinds there is nothing between the top group of boats. Dolan reported today, “It feels great to be at the top of the fleet, there is a great match going on and it’s really stimulating. Even though we’re crossing the Atlantic it’s still a Figaro race in terms on sheer intensity, and so constant contact with other boats makes it all the better. Our team work together is great, we got a right kicking at La Palma this morning, we sailed into the headland to exploit the acceleration zone and shift and ended up in 40+ knots of winds. We didn’t break anything though and it did allow us to get a bit of a boost to get south. There are a lot of keys to achieving high average downwind speeds, it’s a never ending compromise between sailing deep and high for speed, and now we have these foils that make it so much easier to accelerate. You can quickly lose the run of things and end up sailing a lot of distance over the water.”