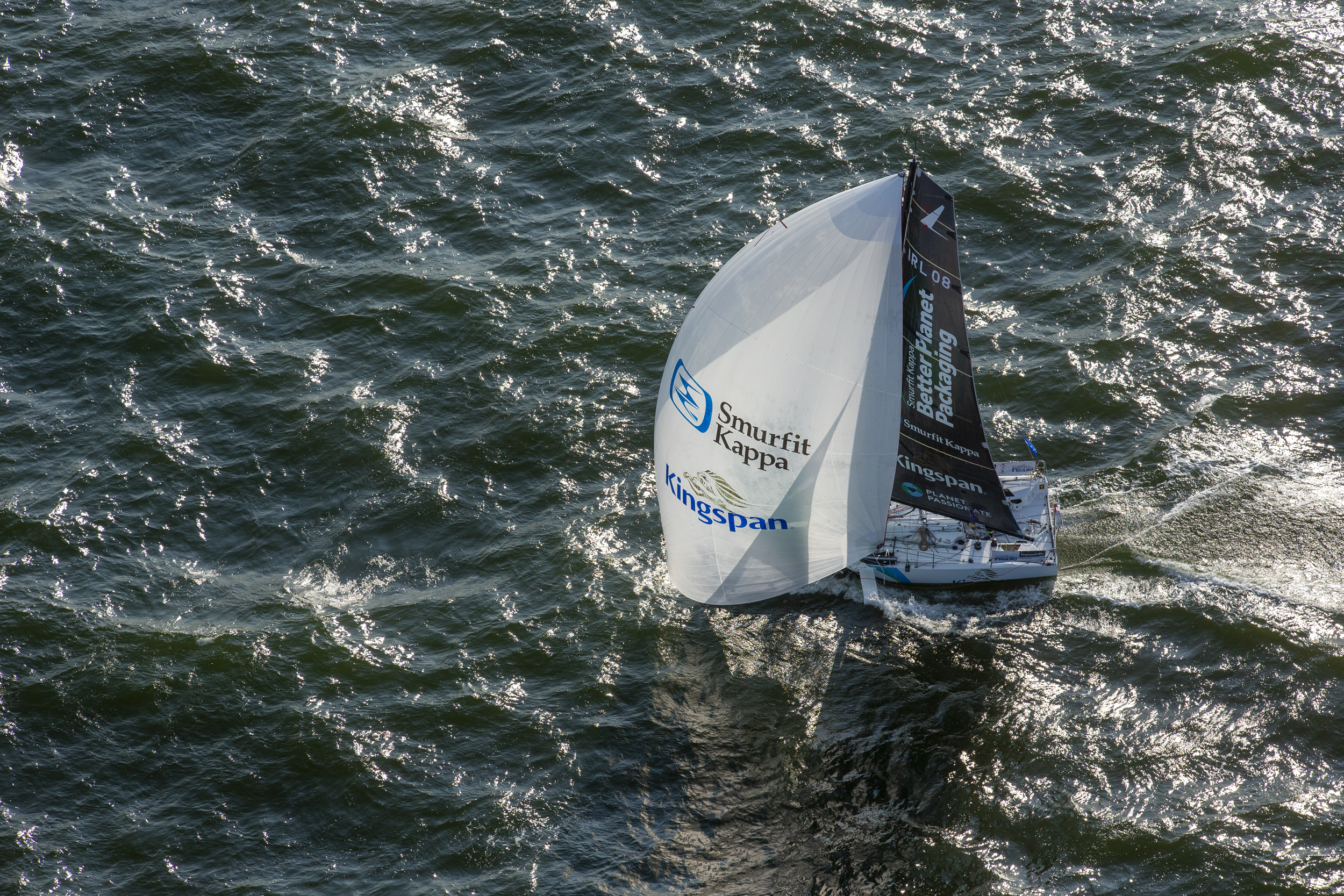 Posted at 16:49h in Uncategorized by Chiara
0 Likes
Share

Tom Dolan, the leading Irish solo sailor, started the first stage of the 52nd La Solitaire du Figaro in perfect conditions from Saint-Nazaire – on outer reaches of France’s Loire estuary – pledging to stick to his strategy but to give everything to be near the front of the peloton when the 34 strong fleet turns at La Coruna for the return upwind to the finish at Lorient where the leaders should arrive Thursday afternoon.

Starting his fourth La Solitaire du Figaro La Solitaire, the 34 year old skipper of Smurfit Kappa-Kingspan would love to emulate the dream opening to his race last year when he was in the leading group to the Fastnet rock. But on this 300-miles downwind sprint to the NW Spanish coast will see the breeze increase as the race progresses he admits he will be happy to be in the leading group for the turn.
Three exclusion zones have been introduced by Race Direction to keep the fleet away from a French Navy exercise on the Bay of Biscay. The choice of how to pass them, in particular with regard to the timing relative to the shifts in the wind direction, may shape the leg and Dolan has a well prepared choice of options.

“I know what I would like to do but I won’t say before the start.” Grins Dolan, “It will be all about the timing when we get there. But always I will stick to my plan, I have done my homework and learned now to be confident in my choices for the right reasons.”
“That said, “ he continues, “We have to make sure we don’t get into the exclusion zones as you will be disqualified. Whoever is in front will get the increasing advantage because the boat tends to accelerate more the more wind, going downwind. With the zone of high pressure in the Bay of Biscay like this then there is always this zone of acceleration there. There could, however, be some flap-flap, light wind at La Coruna where we will round very early morning and it is very close in to the coast.”
The course has been shortened because of the possibility of light winds near the Lorient finish line on Thursday afternoon.
“ Some of the weather files are showing very light winds at the finish and so we can maybe go out there and kill ourselves for three days and all end up in the same spot near the finish. Who knows? Really this is a typical Figaro leg. It will be important to be foot to the floor off the start line to get into the downwind well. It will be hard to scrape back miles on the upwind. So downwind that means a lot of driving and pushing hard. Initially not too much wind, 10-12kts on the first night, fairly calm. At Spain we will maybe see 25kts maybe 30 and so it will be important not to destroy the big spinnaker on the first leg.”

In champagne sailing conditions bright sunshine and moderate breezes Dolan was mid fleet as the race left the bay at Saint Nazaire. 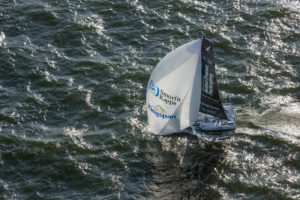