Tom Dolan Steps Up His Training 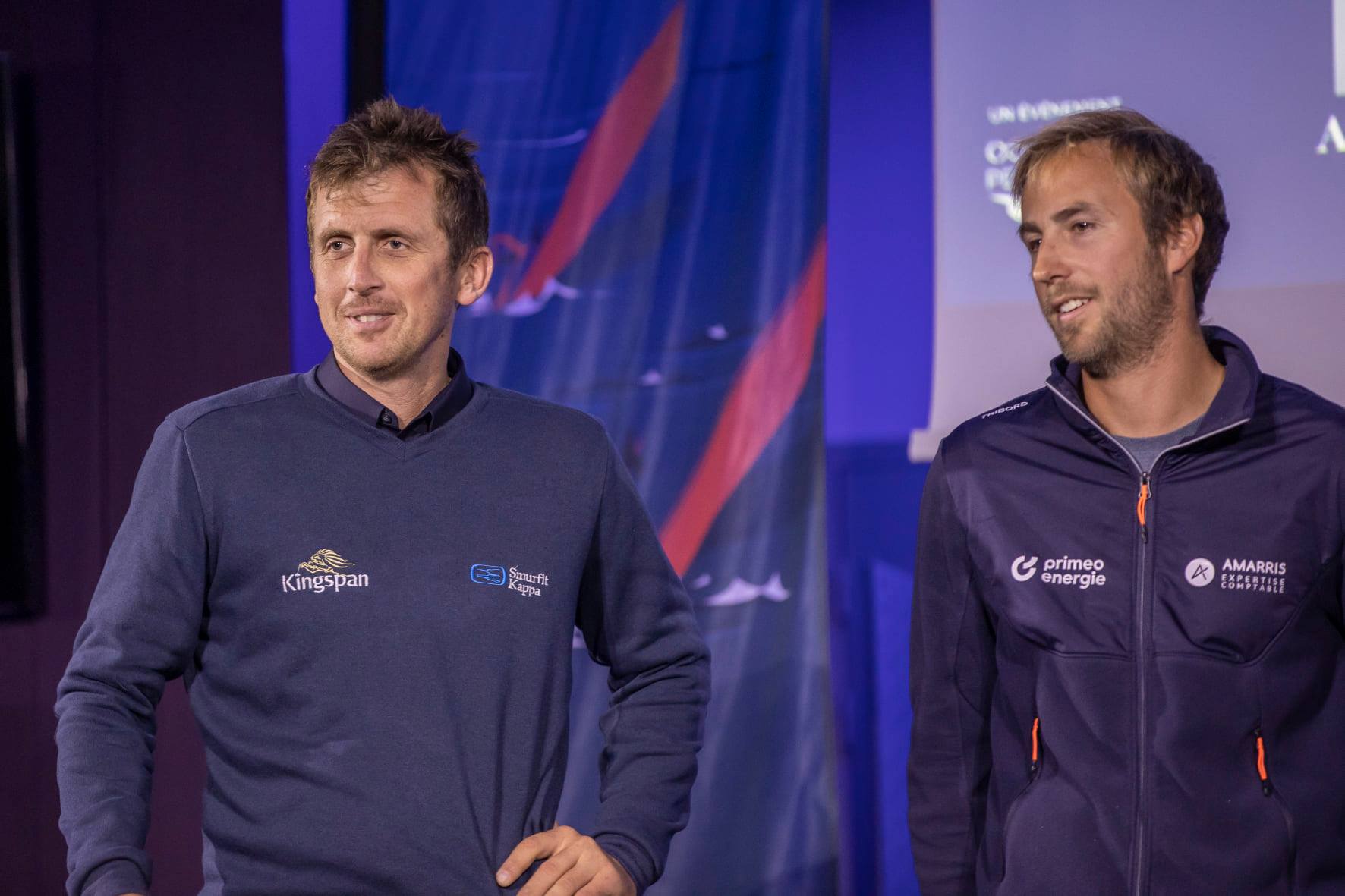 Posted at 16:05h in Uncategorized by Chiara
0 Likes
Share

Irish solo sailor Tom Dolan reports that his pre-season training is on track as he steps up work with the other members of the Lorient Grand Large programme which he works with in Brittany and pairing off into small groups for focused speed testing and fine tuning manoeuvres. Now that his friend and sparring partner Gildas Mahé has retired from Figaro Beneteau 3 racing Dolan has teamed up to train with young French skipper Achille Nebout who is a past world champion in the SB20 sportsboat.

The recent weeks on the water have been devoted mainly to the search for small but beneficial speed gains and so the focus has been on sail design and settings. Patience, focus and careful data collection has been required of Dolan, skipper of Smurfit Kappa – Kingspan. Dozens of boat for boat speed runs, monitoring the net effect of small incremental changes to sail flying shapes and rig positions are being completed as he seeks to fully optimise his speed settings in advance of the upcoming season. The first circuit races are in mid-April with the Solo Maître CoQ which runs about a month after a preliminary two handed Team Vendée Formation Academy race which is in March.
“Since getting the boat back in the water almost three weeks ago, the training sessions have been back to back, pretty much every day with little rest. I am basically mixing it up between the courses set up by Lorient Grand Large which are coached by Bertrand Pacé and then also sailing in smaller boat for boat groups in order to work on more specific points”, reports Dolan who is enjoying the fresh input and ideas fostered by his sailing with Nebout.
“This month I am really focused on sails because they are your power plant and we really need to lock in our ideas now so we can have new sails or changes delivered as soon as possible. So we have been doing a lot of speed tests. This allowed me to test different sail prototypes made available by the sailmakers and to try out different batten, sheet and rig settings. Overall, I’m happy with what I have seen. The changes are just little increments, small details, there are no big changes compared to before.” notes the Irish sailor.
“To be able to work with Achille is great for both of us. We exchange ideas openly and regularly and that allows both of us to save time”, explains the skipper of Smurfit Kappa – Kingspan, who has been sailing on his own boat and also that of the sailor who originates from Montpellier in the south of France. “When we are in a test or training mode, working on speed or indeed maneuvers it is more productive to work in pairs”, comments Tom who has also been enjoying input from top sailors from other classes such as Ian Lipinski. The double winner of the Mini Transat and winner of the Transat Jacques Vabre 2019 in Class40 Lipinski has been out on Smurfit Kappa-Kingspan on recent days. “Ian is an old friend of the Mini 6.50. It’s always good to sail with different sailors. This makes it possible to compare experiences and ways of doing things. It’s invaluable.” adds Dolan who is also now planning 36-hour offshore training next week. Tom is also set to sail in some other classes in particular taking part in the Plastimo Lorient Mini 6.50 in early April, alongside a Japanese skipper. “I haven’t raced on anything other than a Figaro Bénéteau since the Fastnet Race in 2019. It will definitely do me good.”