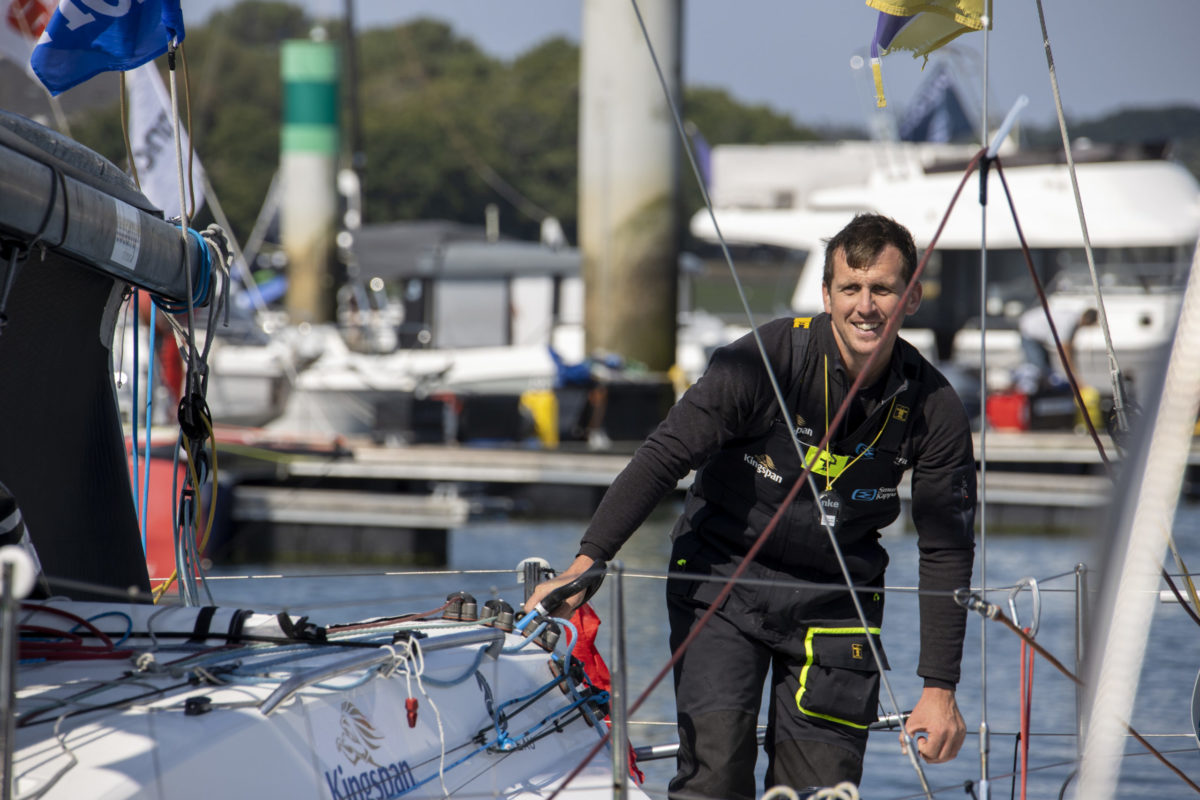 Posted at 16:52h in Uncategorized by Chiara
0 Likes
Share 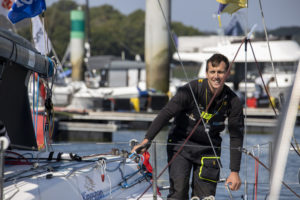 Ireland’s Tom Dolan finished 10th into Lorient this morning concluding the first stage of La Solitaire du Figaro with a result which matches his 10th place in 2020 when he finished fifth overall at the end of the three stages.

The skipper of Smurfit Kappa- Kingspan was 17th in the 34 boat fleet when they rounded the La Coruna buoy, the midpoint of the 627 miles course but made good gains with excellent upwind boat speed.
On the dock in Lorient this morning a tired but content Dolan said,
“ Tenth is a good result. The group of boats behind me split in two and I didn’t know which to cover. One group got past, but apart from that, it was good. I had fairly good boat speed upwind and I chose the right tacks and stuck to the plan and it worked well. It was cool to be alongside Gildas Mahé as we train together. A pity I didn’t catch him, but I’ll get him next time.  For me, it was important not to knock myself out on the first leg as that would mean spending your time trying to catch up. Time-wise, I am in touch with everyone, apart from Xavier. Mentally I was good and never cracked even after the bad start. I was pleased with the speed. It was good fun in the waves and gusts of thirty knots and some extreme broaches. There was a full moon, so that was good fun. I had the mast nearly in the water twice. It was not the hardest leg we’ve done. Upwind it was OK. We just had to trim the sails now and again and try to decide where to go.”