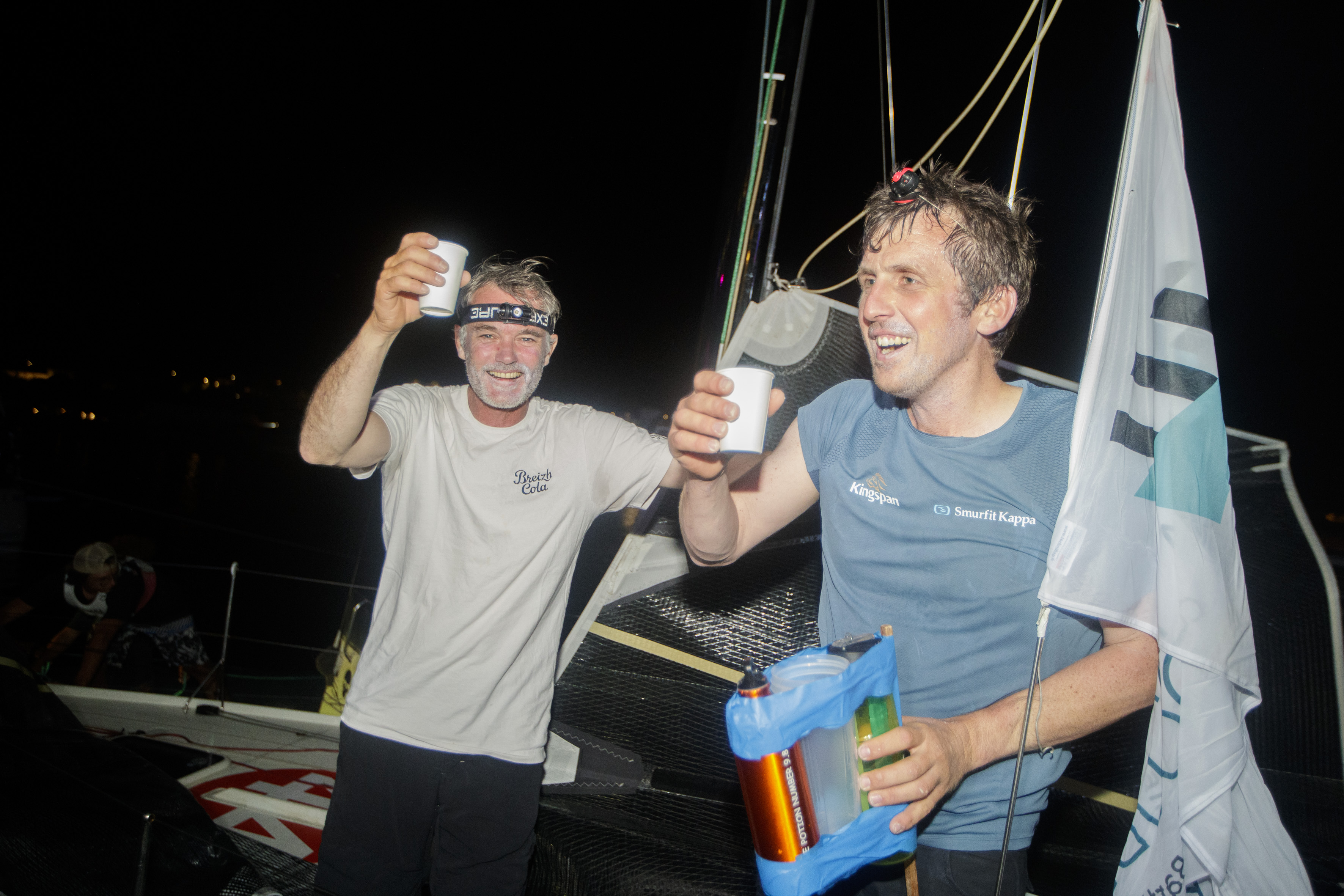 Ireland’s Tom Dolan and his French co-skipper Gildas Mahé have been coming to terms with a slightly disappointing outcome following a very close finish to the Transat en Double Concarneau to Saint Barthélemy race. 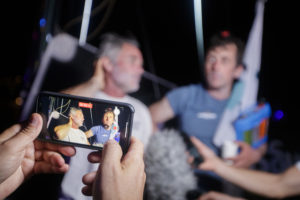 The Franco-Irish duo finished very early on Monday morning, crossing the line in eighth place in the 18 boat fleet. After more than 3,890 nautical miles or 18 days and 8 hours of racing, during which they spent the majority of the time in the top three or top five, when they crossed the finish they were less than 15 minutes shy of a top five position which was their pre-start target and less than one hour short of the elapsed time of the third placed boat.

At three days before the finish into the Caribbean island the Smurfit Kappa supported Dolan and his French counterpart seemed to be well set for a placing on the podium, tussling within a handful of miles of the leaders. But their strategic choice to stay south, along with many of the leading players in the class, found them suffering with less breeze – and although they bit the bullet and went north to try and consolidate with the fleet – the duo on Breizh Cola ­lost places and had to settle for eighth.
“That is the way it goes sometimes in this sport. It is a tough one to swallow because with Gildas I feel we had sailed a good race. We made the right choices all the way and we were quick downwind, clearly, eighth is a bit lower than we had hoped for.

But even until the day before the finish we could still have got on the podium. At the end of Sunday we crossed with the northerly group and we considered they had gybed too early so we went on so we thought we would get a better angle to th line at Saint Barths but that was our mistake. We held on too long and let a few of our rivals get away from us at the last minute. We lost big time and that is hard to take.” Said Dolan on the dock in Gustavia, Saint Barthélemy.

“After 4,000 miles of racing where we were constantly in contact and even racing in sight with some boats, it was finally a gybe that cost us something like ten miles and our podium chances. But that is the way it goes in the Figaro.” Acknowledged Dolan.

He adds wryly, “All that being said, in my head I am happy that we had a good race and got stung near the end which I would actually much rather than have a mediocre race and then jag it, getting lucky near the end.  And being honest this is actually the first time that I’m disappointed like this because we didn’t win or end up on the podium when we had the potential, the game and the boat to do so. With Gildas, we did things well and we have don’t have anything to be ashamed of. We fought well and gave it all we could. The Figaro Bénéteau3 is tough, demanding and you have to work hard. We finished pretty much completely burnt out, especially since we had to fight with the weed and some rudder issues. On starboard tack, the boat was bad. We were always on edge and you had to steer with both hands to keep it under control.”

Dolan concluded, “We had a lot of trouble but with Gildas we formed a great duo. We hit it off and I learned a lot of things that will help me a lot in the rest of the season and especially on La Solitaire.”