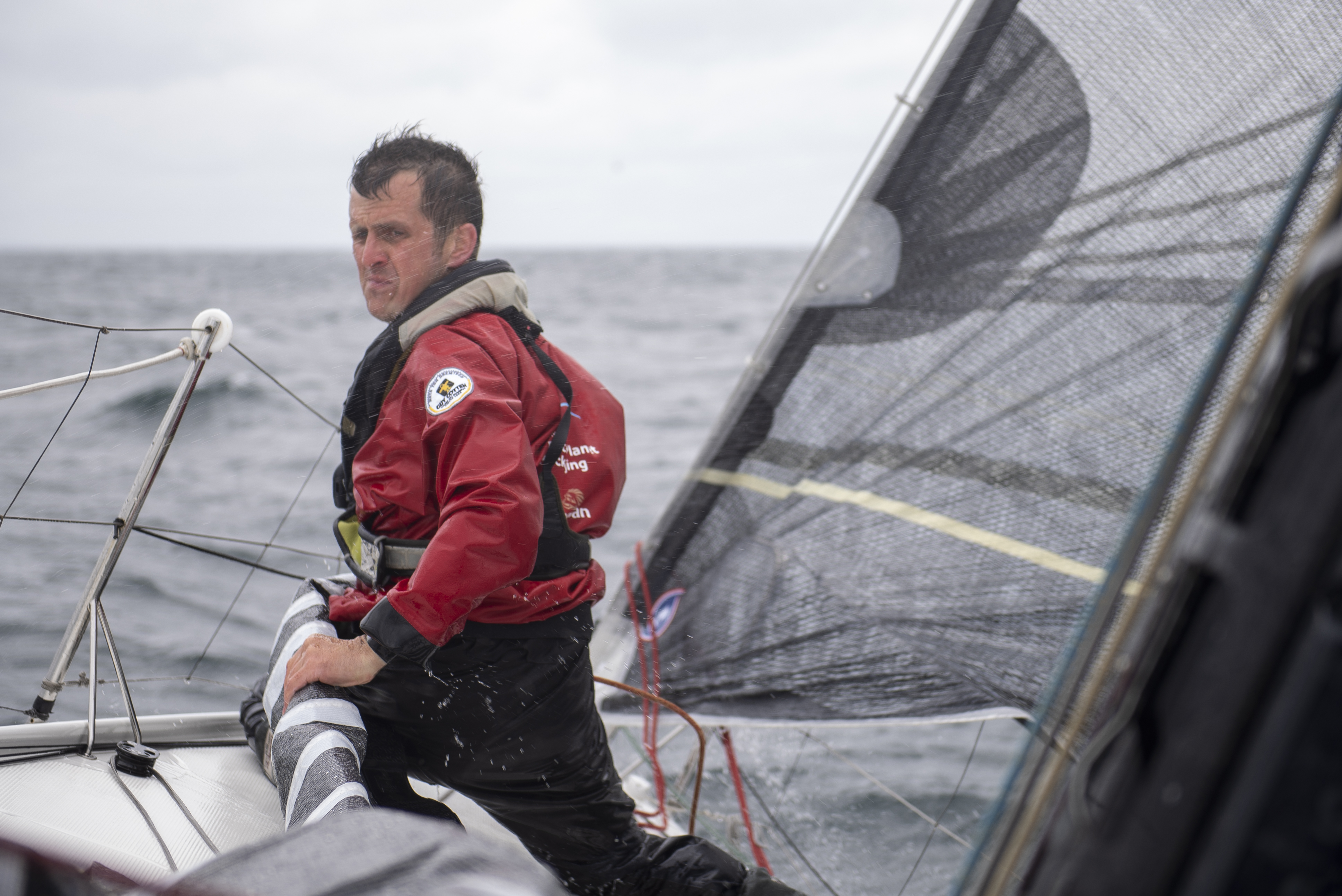 Posted at 16:01h in Uncategorized by Chiara
0 Likes
Share

Ireland’s leading solo offshore racer Tom Dolan has almost finished his training phase prior to the start of the five events which comprise the 2022 French Elite Offshore Racing Championship, the season long solo and short-handed circuit which has La Solitaire du Figaro (Aug 15th to September 11th) as its pinnacle.

Dolan’s career-best finish in the championship was sixth in 2020, the year he finished fifth on La Solitaire. After six intense weeks of training he now feels his overall game is in excellent shape as he seeks to break into the top five overall on the prestigious circuit which runs from April to September.

His season with his Figaro Beneteau 3 Smurfit Kappa-Kingspan starts with the Solo Maître CoQ (from April 15 to 25) followed by the Le Havre Allmer Cup (from May 21 to 29), the Sardinha Cup ( from June 3 to 19), the Solo Guy Cotten (from August 2 to 8) and then the famous La Solitaire du Figaro (from August 15 to September 11). A final placing inside the top five on the end-of-season rankings is the target as are top fives in each of the constituent regattas.

“The season looks good, all in all. I have set myself the goal of finishing in the Top 5 at all the races on the circuit this year but really without putting too much pressure on myself”, explains Tom Dolan, “The training has gone very well and I have had time to really look at each area closely and now even can make sure I get a little rest to ensure I start the season fresh and full of energy. I have worked a lot on my speed and to that end looking at and picking the best sails. I am especially happy with my mainsail and its setup. I think maybe before I worked well but ended up being too complacent in my speed but now I am vey happy. Lately we have worked on boat handling and boat on boat stuff and so I feel I have strengthened some of my weaknesses.”

Dolan will shortly also return to the Mini650, the class of very small offshore boats in which he cut his teeth, to sail and coach a young Japanese sailor Federico Sampei who has been selected for a training programme for DMG Mori, a Japanese talent training initiative which complements a Vendée Globe round the world programme. He will race the Plastimo Lorient Mini race April 4-10 with the young Japanese skipper.

“It is always good to be sailing on different boats from time to time. Federico is new to France and the whole scene here so it is good to be able to help him advance his skills and make him feel comfortable.” Smiles Dolan who recalls arriving in France from Ireland 11 years ago as he sought to carve out a solo racing career.

Tom Dolan has one more week of training with the Lorient group he sails with, focusing more on starts and first leg strategies – still his weakest area – before setting up for the first regatta of the season the Solo Maitre Coq in three weeks time. Having hurt his ankle during the early stages of the offshore race and retiring, Dolan is keen to put start his season on a good note.

In May he will race the Sardinha Cup to Portugal and back on Smurfit Kappa-Kingspan with the English Figaro sailor Alan Roberts.
“ I think we have very complementary skills and can be good for each other. For me Alan is one of the best starters and tactical sailors round the buoys inshore and I am maybe stronger offshore and so it should be good for us both.” Concludes Tom.